I. Overview People often think that stone is a long-ter […] 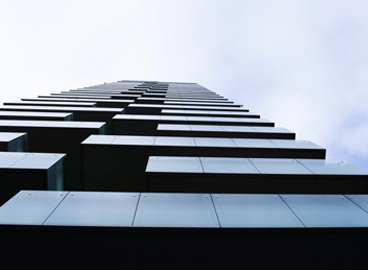 I. Overview
People often think that stone is a long-term high-end decorative material, and stone decoration can be used once and for all. In fact, in the natural environment, dust, exhaust gas, acid rain, freezing and other pollutants can easily cause fading, pollution or even damage to the stone used in the building, which greatly reduces the decorative effect and service life of the stone. At the same time, Due to the error of the construction method, the stone decoration effect will also fail, and the building has to be re-decorated in a short period of time, resulting in a lot of waste of manpower and material resources.
There are many reasons that cause various diseases and shorten the service life of stone. In general, the main reasons are: first, internal reasons: changes caused by the structure and chemical composition of the stone; second, external reasons: both mining and processing methods, installation and construction The influence of factors such as process and use environment.

Second, the main reasons that affect the service life of stone and produce stone diseases

Common stone diseases mainly include: non-drying of water spots, salting out, white bloom, yellowing of rust spots, frost damage, surface corrosion, pigment pollution (including oil stains), moss growth and powdering and peeling. There are many reasons that cause various diseases and shorten the service life of the stone. In summary, there are two main reasons: one is the internal reason, that is, the change caused by the structure and chemical composition of the stone; the other is the external reason: the mining and processing method, the installation The influence of factors such as construction technology and use environment.

1. Reasons from the inside of the stone
(1) Stone structure: There are micro-cracks and capillary pores in natural stone, which will absorb the fine dust and dirt in the air for a long time, and slowly penetrate into the stone due to capillary action, thereby greatly reducing the decoration of the stone. Performance and service life. The smaller the pores, the stronger the capillary action and surface adsorption.

(2) Relatively complex chemical composition: Some ingredients in the stone are prone to interact with the external environment, causing erosion or variation of the stone. Stones generally contain iron to varying degrees, which will cause rusty yellow to be corroded by moisture. The higher the iron content in the stone, the easier it is to produce rust yellow. In addition, the main components of most natural marbles are carbonates, such as calcium carbonate and magnesium carbonate, and a small amount of alkaline oxides. Calcium carbonate and magnesium carbonate are relatively stable compounds, but the chemical properties of some alkaline oxides are unstable. In a humid environment, they are easy to interact with acidic oxides in the air such as carbon dioxide, sulfur dioxide, sulfur trioxide, and dioxide. Nitrogen and other chemical reactions change the physical structure of the marble. Similar chemical damage will also occur on other stone materials. The lighter ones will make the stone surface lose its luster, even the color will fade, and there will be scars; the heavy ones will reduce the hardness of the natural stone and the surface will be weathered and peeled.

2. Reasons from the outside of the stone
There are many external reasons that affect the decorative effect and service life of the stone, such as improper maintenance during mining, processing, storage and transportation, the influence of the bonding material used in the installation of the stone, and natural environmental factors.

(1) The impact of mining, processing, storage and transportation: For example, the cracks of the stone may be related to improper mining methods; the iron tools used in the processing may also cause the stone to rust and yellow and leave hidden dangers, and improper stone cooling fluid may be contaminated. Stone; improper maintenance during storage and transportation will also cause rust spots and yellow rope pollution on the stone.China Stone CNC Machines Suppliers

(2) The influence of installation construction technology and bonding materials: If the wet pasting method of cement mortar is used when installing the stone, the alkaline soluble substances in the cement will seep out along the pores of the stone due to the erosion of rainwater. On the surface, basic compounds such as Ca(OH)2 will chemically react with CO2 and H2O in the air to form CaCO3 crystals on the surface of the stone, resulting in salt precipitation and alkali reversion. In addition, because certain salts formed after cement hydration are hygroscopic, they will absorb moisture in the air after they penetrate into the stone and form water spots on the surface of the stone, which will seriously affect the appearance. In addition, using improper pasting materials, such as certain stone pasting glues, may also cause the stone to turn yellow.

0
Views: 44
PREV: What effect will the cutter head have on the plate in the mechanical cutting of stone?
NEXT: Detailed description of the cause of the failure of the stone engraving machine